Let the Madness Begin! The 2018 NCAA Tournament also known as March Madness takes the stage mid-March until a new tournament champion is crowned on April 2nd, 2018 in San Antonio Texas.

Although the games won’t start until March 13th with the play-in games, Selection Sunday is when the final seeds are decided finalizing the NCAA Bracket that everyone will be filling out in their office pools.

We’ll also fill out our March Madness Bracket and we like to refer to what the odd makers have to say. The current betting odds can be found here for the tournament, here is what they were as of February 22, 2018 (check latest outright winner odds here): This year may be the most difficult year to predict as all season long top ranked teams have lost games that they should have won. Here is a breakdown of some of the early NCAA Tournament favorites to win: A second round exit last year has motivated them to be one of the better teams in the NCAA. They’ve beaten Purdue, UNC and Notre Dame and depending on how they are seeded in the bracket they could make a run to the Final Four. One of the top teams in the big east conference and they have a really good offense that can light it up. Their defense is a bit suspect but they have experience on their team with players still from the 2016 Championship team playing. Although this season hasn’t been anything to write home about, you can’t ever count out Duke to have a shot at winning the NCAA Tournament. The odds for the tournament have them as a favorite but they could be a betting favorite of the public which will skew the numbers a bit. Virginia will probably be a #1 seed in the tournament having beaten teams like UNC, Clemson and Duke early on. After an early second round exit in last year’s tournament the Cavaliers look like a team that could make a deep run in 2018. They’ve beaten some solid teams this year like Baylor, Cincinnati and Seaton Hall but they have lost twice to Villanova. Maybe if somehow the Wildcats get knocked out early the Musketeers become a huge favorite to take over March Madness in 2018. The Bearcats have a solid defense which could take them far in the tournament depending on who they match up with. Not a good scoring team which is a concern but it hasn’t hurt them from winning this year too much. 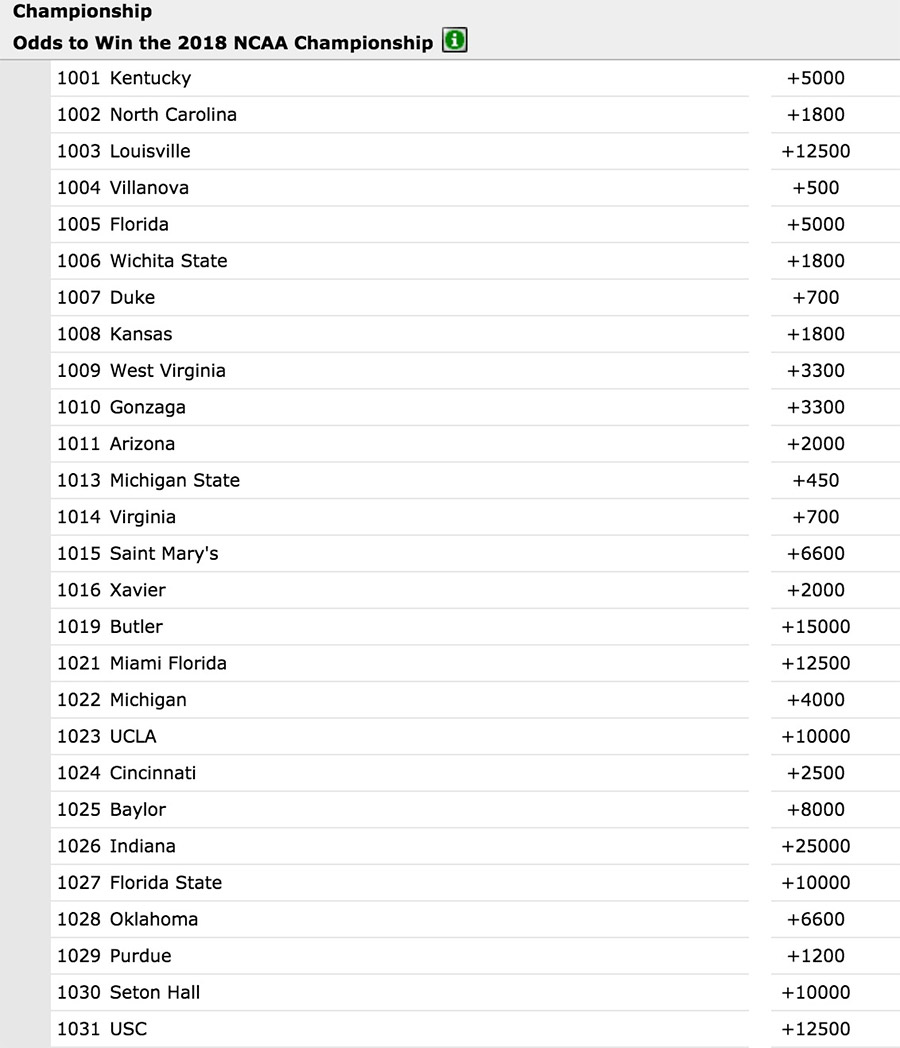 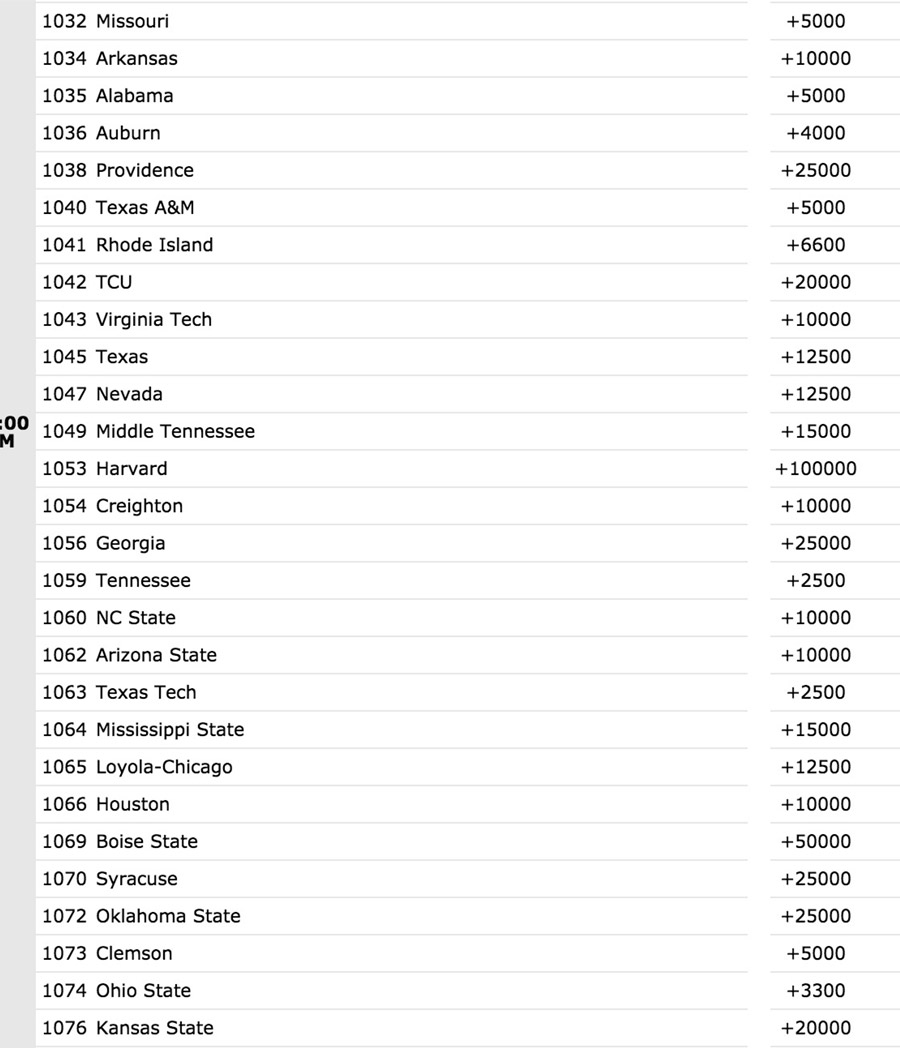