The 2018 World Cup kicks off June 14th and the odds on the favorites to win are pretty much set in stone at this point barring any last minute injuries or roster changes. Our soccer betting expert Marc Denis takes a look at his Top 5 Picks to win in 2018.

I will rank each team in order starting from the top favorite, to the other three semi-final teams (if the brackets fall into place as I expect). I will also discuss a few of the outside teams that have a chance to determine who is the 5th favorite for the World Cup and the team that can challenge the big four.

All odds courtesy of BetOnline as of June 7th 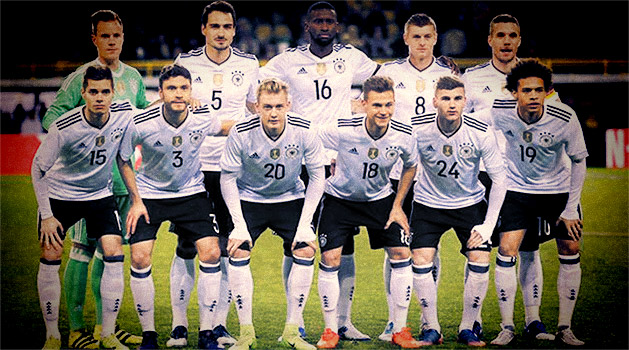 Germany is the defending champion and deserve to go into this World Cup as favourites. As for betting, the favourite tag will go back and forth between Brazil and Germany who they will meet in the final. The German team is loaded with stars like Ozil, Muller and Kroos which is complemented by great young talent like Sane, Draxler and Kimmich. This is one of the few teams in this tournament which could have an injury to any starter and not lose a beat.

Low will ensure the right players are in the right positions. He will solve the lack of a key main striker by playing with a false 9 or use Timo Werner in the attacking role, as he will suit the German system the best. This team should make to the finals and win their second consecutive World Cup. On BetOnline, Germany are the 2nd favourites at +440. This is a nice gift if you like them as most other sportsbooks have them as the top favorite at +400. 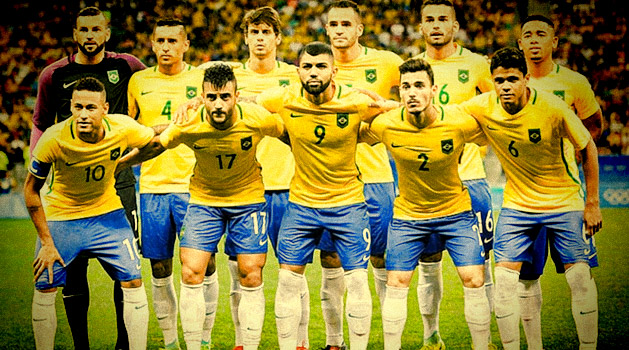 This talented team is still playing to revenge their 7-1 semi-final loss to Germany on home soil in the last World Cup. Brazil, depending on what betting site you are on, are currently second favourite for this World Cup. This team like all the top four teams are loaded with talent, Neymar, Coutinho, Firmino and Jesus to name a few.  This World Cup team is focused on the main prize and they won’t settle for anything less.

This team is in Russia only to win the World Cup, anything else will be considered a failed tournament. Brazil need to win the tournament to stay ahead of Germany for most titles ever, if they lose to Germany in the finals, it will be a double blow to this nation.  This team should make to the finals and face Germany for the title.

This is not the strongest Spanish team to reach the World Cup. However, Spain’s standard is a very high, compared to the other national teams. As with all the favourites, this team is loaded with talent, De Gea, Ramos, Koke, Isco and the great Iniesta in the middle of the park. Spain’s toughest game is up first against Portugal. If they can win that game, the semis will certainly be on the cards and the trophy – in reach.

Spain is still one of the stronger nations in global football who continue to produce stars. With an undefeated qualifying campaign behind them and their tiki-tack style of play, they will control many games. Spain will face a tough Quarter-Final opponent in Argentina, any team that has Messi in it will be hard to beat. Spain is still one of the world powers and they are still a contender for this trophy. Bovada has Spain third in the pecking order at +550.

Read Preview of Group B 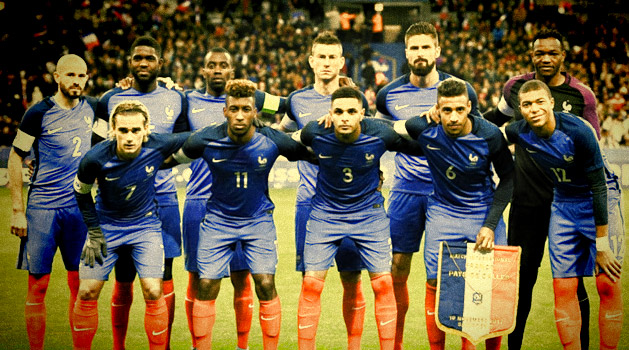 This nation has had many great squads over the years. Arguably, this could be one of the better-balanced and talented teams they have ever sent to the World Cup. Lloris in goal, Varane and Umtiti on defence, a strong midfield with Kante, Matuidi and Pogba complimented upfront with Mbappe and Griezmann. France is very experienced in big tournaments and it feels that they can win this one on talent alone.

France will win their group easy but like Spain, they will have a tough Quarter-Final match. France will possibly face the European Champions, Portugal with Ronaldo who loves playing in the big games. Anything less then the trophy will be perceived a failure for France. Win or lose, Didier will not be the French manager after the World Cup as he now has the larger than life shadow Zinedine Zidane hanging over him.  Bovada has France at a solid +600 as the fourth favourites to take the trophy home. 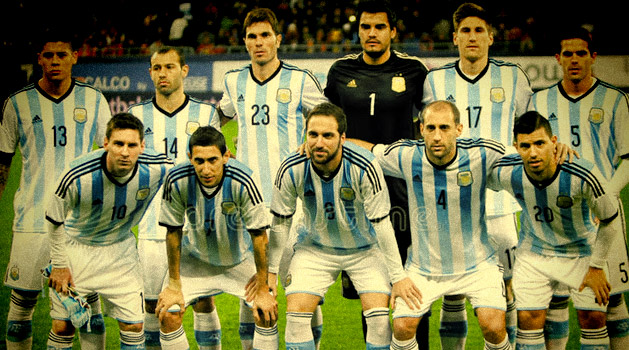 All nations are here to win the World Cup, however there are only a few nations that can play with the big four and challenge them for this year’s trophy. The pretenders in this category would be England, Portugal and possibly Uruguay. They are all talented teams with some star power, but they are currently not playing at the same level as the big four.

Two teams that have the talent to mix with the big four would be Argentina and Belgium. The starting eleven for both these teams are star studded. In this tournament, depth and longevity is needed. Belgium struggles to find a formation that works and are still shaky when it comes to defence. If the brackets go as planned, they will face Brazil in the Quarter-Finals and it will be the end for them. Argentina is a talented squad led by the best player in the world, Messi. Having him on your team has you in contention for any tournament (Argentina were runners-up at the last Copa America in 2016).

Argentina are the only real contender to shake up the top 4 and they are a true 5th favourite to win.

This will be the last chance for the great Messi to win the World Cup. This Cup win is the only thing that is stopping him from being the best player ever, in some people’s eyes. If all goes to plan, Argentina will face Spain in the Quarter-finals and yes, they can beat them. If Argentina win that game, their confidence will increase and then they have a real shot at the trophy. Bovada has Argentina paying at +1000 for them to win the trophy.

With the same name as a famous hockey player, this Marc Denis loves every sport he sees. A passion for hockey, football (NFL, CFL), soccer, baseball, basketball and Formula One.